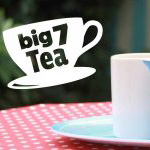 A year ago, just like every year, summer was wistfully coming to an end and days were getting shorter and shorter. More importantly for this story, a year ago, a new project had started playing on the pandas’ minds.

The National Health Service (NHS) was going to be turning 70 on 5th July 2018 and we were all in agreement that this was definitely something worth celebrating. But what most Brits, let alone the rest of the world, didn’t really know was that standing behind the NHS there are some gentle (but very strong) sleeping giants.

Who are they? They are the NHS Charities. They are more than 250 dedicated NHS charities helping the NHS to transform the health and wellbeing of the nation.

And what do they do? They help the NHS going above and beyond by supporting research and development, brightening up hospital environments, providing state-of-the-art technologies and equipment and supporting staff.

It started with a relatively small group of bold and forward-looking charities, who agreed with us that the 70th anniversary of the NHS was an opportunity that couldn’t be missed. Despite their varying size, location and set-up, we wanted to bring all of those charities together in one big celebratory moment to honour the incredibly beneficial work they had been doing, that until now had been happening mainly ‘behind the scenes’. In turn, this would raise awareness around the existence of NHS charities and ultimately support future fundraising in years to come.

Right, so…what better way to celebrate one of the nation’s most loved institutions than with a cup of tea; the nation’s most loved drink? Clearly, this would need to be more than just a regular builder’s brew. We envisaged that on and around 5th July, people up and down the country would come together for the NHS Big 7Tea to raise a cuppa to the NHS and raise some money for its charities.

The idea was there – now the campaign needed to be built. While designers started drafting logos and creating a visual identity, other pandas were getting in touch with charities across the country, hearing their stories and understanding their priorities. An online platform was in the making and creative party guidelines, as well as buntings, cards and posters, were being produced. Just like any self-respecting party, the word was being spread far and wide, so that as many devoted guests would be able to join the celebrations. Some special guests were also on the radar…

Almost six months later, on the big day itself, over 4000 tea parties took place across the country. Support came from corporates like ASDA, Barclays and the Post Office as well as from other national bodies and organisations both within and beyond the NHS. Stories of NHS charities and the Big 7Tea parties were reported in regional and national TV and press, with endorsement from 28 high-profile celebrities and influencers.

Over 90% of charities felt that awareness of their charity had risen because of the campaign. Above all, the extensive charity outreach had brought together the greatest collective of NHS charities ever, comprising 137 charities and representing all 40 regions of the UK.

‘NHS Charities Together’ was born out of this effort and, together with a ring-fenced special purpose fund held by Imperial Health Charity, it has allowed organisations at a national level to support NHS charities without having to pick a local or specialist cause.

What would have otherwise been the disparate celebrations of a few of the most well-known NHS charities, turned out to be a hand in hand and collaborative effort across 137, whose legacy will benefit many more patients and their families in every corner of the country.

Only the charities’ willpower, dedication and sense of community made this possible. Skating Panda added some magic to it. I think we should now be raising a cuppa to this!