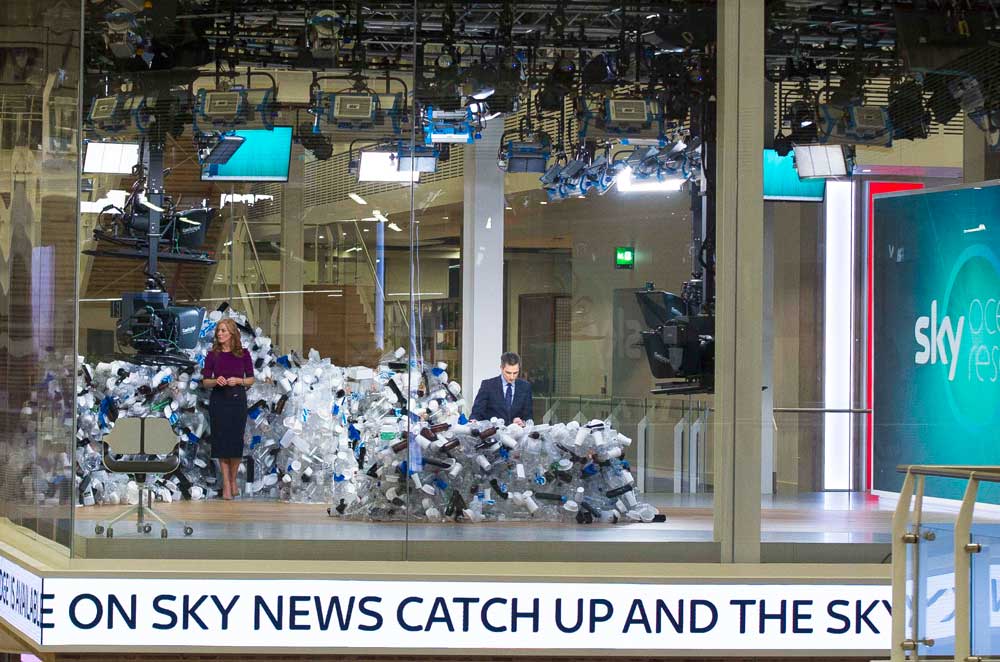 Sky wanted to raise awareness of the volume and impact of ocean plastics. Sky wanted to educate consumers and change their behaviour. Skating Panda was tasked with launching this campaign and putting the issue at the forefront of people’s minds.

Behavioural insight told us that most people only take action on an issue when they experience it themselves – or see it up close. For the campaign launch Skating Panda filled the shiny Sky News studio with 55kg of dirty used plastic – the same amount the average UK household discards in a year – which the presenters had to work around, day and night. Skating Panda coordinated all activity across the launch from external marketing and communications to employee engagement, right through to CEO Jeremy Darroch’s speech at the broadcast premiere of the first Sky Ocean Rescue documentary, aligning all activity for maximum impact.

Within days of launch, the campaign had built a following of over 70,000 on the Sky Ocean Rescue social platforms and put plastic at the heart of the campaign. In October 2017, Sky made three further commitments including the launch of a £25 million fund to support innovation and technology to fight plastic pollution.